What is the IELTS ?

The International English Language Testing System, or IELTS™  is an international standardized test of English language proficiency for non-native English language speakers. It is jointly managed by the British Council, IDP: IELTS Australia and Cambridge English Language Assessment, and was established in 1989. IELTS is one of the major English-language tests in the world, others being the TOEFL, TOEIC, PTE:A, and OPI/OPIc.

IELTS is the only Secure English Language Test approved by UK Visas and Immigration (UKVI) for visa customers applying both outside and inside the UK. It also meets requirement for immigration to Australia, where TOEFL and Pearson Test of English Academic are also accepted and New Zealand. In Canada, IELTS, TEF, or CELPIP are accepted by the immigration authority.

No minimum score is required to pass the test. An IELTS result or Test Report Form is issued to all test takers with a score from “band 1” (“non-user”) to “band 9” (“expert user”) and each institution sets a different threshold.

Test takers receive a score for each test component – Listening, Reading, Writing and Speaking. The individual scores are then averaged and rounded to produce an Overall Band Score.

IELTS is scored on a nine-band scale, with each band corresponding to a specified competence in English. Overall Band Scores are reported to the nearest half band.

The nine bands are described as follows:

IELTS and the CEFR

The difference between the Academic and General Training versions is the content, context and purpose of the tasks. All other features, such as timing allocation, length of written responses and reporting of scores, are the same.

IELTS Academic and General Training both incorporate the following features:

There are two modules of the IELTS:

There is also a separate test offered by the IELTS test partners, called IELTS Life Skills:

The IELTS test has four parts

The IELTS test total time is: 2 hours and 55 minutes.

Listening, Reading and Writing are completed in one sitting. The Speaking test may be taken on the same day or up to seven days before or after the other tests.

All test takers take the same Listening and Speaking tests, while the Reading and Writing tests differ depending on whether the test taker is taking the Academic or General Training versions of the test.

The module comprises four sections, with ten questions in each section. It takes 40 minutes: 30 – for testing, plus 10 for transferring the answers to an answer sheet.

Sections 1 and 2 are about everyday, social situations.

Sections 3 and 4 are about educational and training situations

Each section begins with a short introduction telling the test taker about the situation and the speakers. Then they have some time to look through the questions. The questions are in the same order as the information in the recording, so the answer to the first question will be before the answer to the second question, and so on. The first three sections have a break in the middle allowing test takers to look at the remaining questions. Each section is heard only once.

At the end of the test students are given 10 minutes to transfer their answers to an answer sheet. Test takers will lose marks for incorrect spelling and grammar.

The Reading paper has three sections and texts totaling 2,150-2,750 words. There will be a variety of question types, such as multiple choice, short-answer questions, identifying information, identifying writer’s views, labeling diagrams, completing a summary using words taken from the text and matching information/headings/features in the text/sentence endings. Test takers should be careful when writing down their answers as they will lose marks for incorrect spelling and grammar.

The speaking test is a face-to-face interview between the test taker and an examiner. 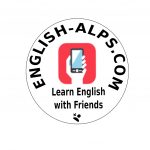 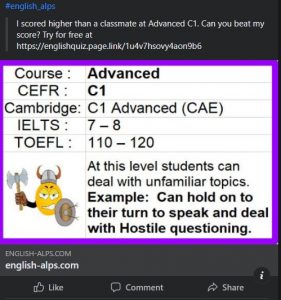 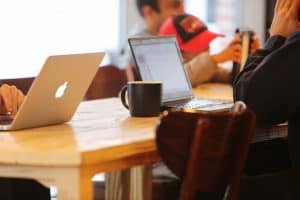 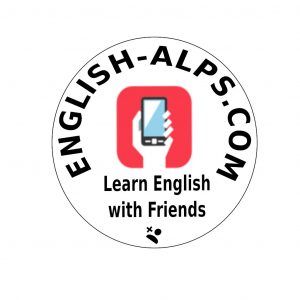 Go to the Groups forums and Invite a friend !
Day 5

Invite a friend to the Live English Classroom !
Day 7

Invite a friend from groups to Live English !
Day 11